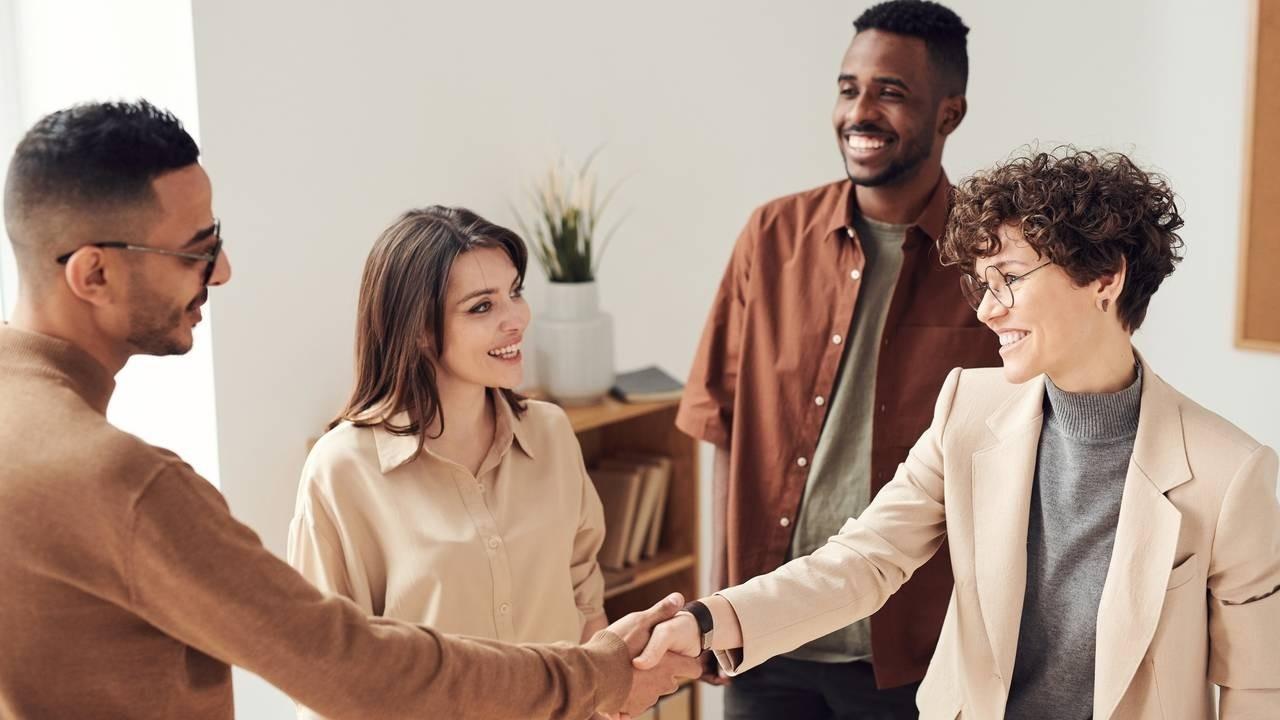 Respect Is About Inherent Human Value

This is what emerges from The Change Decision research on Joy at Work:

“Respect is about a recognition of my inherent value as a human being.”

Respect is apparent when phrases like these are “true” in the minds of the organization’s people:

This recognition of inherent value is typically thought to have two vectors: Respect by the organization (represented by management) for the employee, and Respect by the employee for the organization. Our research, however, has revealed a third player whose involvement in Respect is equally important -- the customer. This sets up three players and therefore six vectors of Respect. To achieve Joy at Work, all six vectors of Respect must be in balance.

In another situation, this dynamic could play out in the opposite direction. What if Dale complains to others in the organization that their customers are often unreasonable, even trying to take advantage of the organization’s customer-centric value. What if Dale rants repeatedly about this? The sentiment will leak to the customer in ways both obvious and insidious. Certainly, the customer is not receiving the deserved Respect here. Their motivations are assumed to be selfish.

What if these interactions were examples of Respect? Employees would go the extra step to satisfy the customer, realizing the customer faces pressures in delivering to their own customers. Managers would recognize the pressure on employees to deliver and seek ways to provide support. Customers would engage beyond the transactional relationship and recognize the effort expended on their behalf.

Respect is a Process

Respect is the outcome of a process, not an inherent trait. In addition to increasing Respect’s total amount, it must be balanced among three players -- the employee, the organization, and the customer. Respect builds on the expectation that all desire to transcend the transactional relationship.

Imagine that Dale is a creative, working on a particularly difficult task for a customer. Dale puts in extraordinary hours and applies every bit of creativity and insight, but it's not enough. The goal has not been achieved. The customer is not satisfied. If Curtis, Dale’s manager, then berates Dale for missing the mark, Respect is destroyed. If the customer simply rails that they are not satisfied, Respect is destroyed.  For sure, Dale has not performed as expected, and the customer still needs to be satisfied. However, if both Curtis and the customer acknowledge Dale’s efforts while noting that the mark has not been met, Respect is maintained and even grown. The likelihood that Dale will dig in, maybe asking for help, is increased, and the chances for success also increase.

This is not a one-way vector. Dale must acknowledge missing the mark and appreciate that the customer needs the work at the level agreed upon. Curtis, as the organization’s representative, must ensure that the work is satisfactory for the customer. If Dale does succeed, Respect is grown, and if not, Respect is destroyed.

How to Balance Respect

Although there are many ways to show Respect, one method that repeatedly succeeds is engaging in an Appreciation Exercise. This exercise is based on the book, Fierce Conversations by Susan Scott.

“The conversation is the relationship.”
- Susan Scott

In this exercise, a group of six to eight is best. The group participates in a structured conversation with three parts. In the first, one person very briefly declares the value they bring to the organization. In the second part, each person describes what they appreciate about the person who declared their value. Only a few minutes are needed for each expression of appreciation. In the third part, the person receiving the appreciation replies with, “thank-you,” and nothing else. This is critical. There can be no: “Oh, it wasn’t just me” or “It was a team effort” or “I’m not all that.” Only “thank-you.” Anything else will diminish or even ruin the impact.

If these guidelines are followed, a powerful experience is created. We have yet to do this where there are not lumps in throats and even some tears. This includes hard-bitten, male-oriented, analytically-steeped groups. The reason seems to be that the drive to move on to the next challenge is so great, there is little time to show appreciation. People just don’t know that they are, in fact, appreciated.

“If we lose love and self-respect for each other, this is how we finally die.”
- Maya Angelou

This exercise alone will not transform an organization. But it can open up the possibility for transformation. Do the exercise twice a year, really do it, and the level of Respect between individuals and the organization will increase dramatically. Be bold, include your customers, and you will witness a growth in Joy at Work for your organization, and theirs.

Create Your Joy at Work Intention

This course steps you through a process to develop your Joy at Work Intention as a Change Expert which serves as a touchstone to guide your words and actions, especially when things get difficult. Your intention statement helps you navigate risky situations and see the opportunities to show others your vision for how to lead others to change. Your Joy at Work Intention clarifies the impact you hope to have through your work.