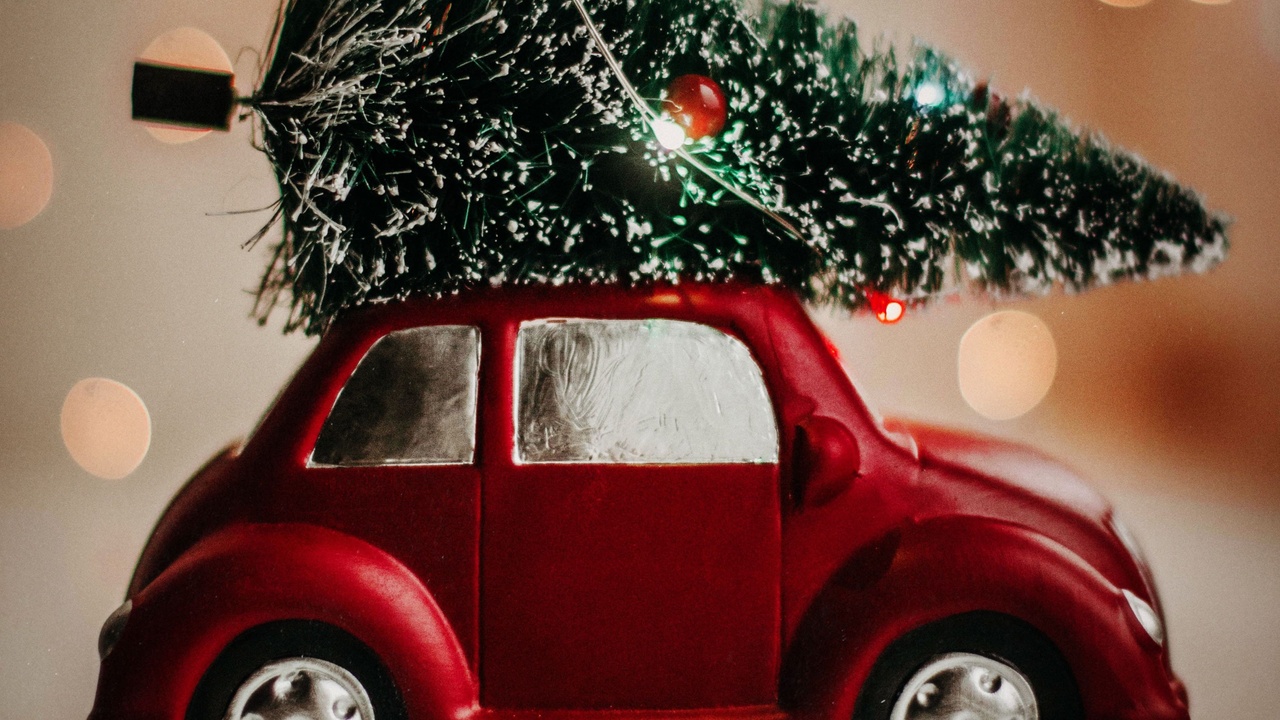 This year has been momentous for The Change Decision. Although the world remained under the pall of the COVID pandemic, we celebrated our fifth year!! For the first time, we truly believed that we were going to make it. The world didn’t use the word “unprecedented” quite so much as it did in 2020. With that usage waning the idea of growing Joy at Work seemed a bit less frivolous and maybe a bit more possible. But that’s not at all how we started the year.

In just the first week of January, we learned the dread that arises from the phrase, “They’re in the Capitol!” The horror of the events of 9/11 still echoes for us, but seeing vigilantes in the Capitol and hearing about the deaths caused by these vigilante actions was newly crushing. After nearly a solid year of pandemic deaths and the economic pain of forced isolation, it was all the more devastating to watch Americans defile the one institution that is most at the heart of our democracy. We clung to the hope that the better angels of our nature would prevail.

Fortunately, we got a glimmer of some hope by the end of January, when speculation was rampant about several drug manufacturers' imminent success with a COVID-19 vaccine. We waited and hoped for some good news. But while we waited we continued talking about change and decisions and Joy at Work. We began a relationship with the Georgetown University McDonough School of Business. We spoke to their MS in Business Analytics class and would come back to them a couple more times later in the year.

We discovered Time Magazine’s (yes, Time still exists) Special Issue on the Power of Joy. It was reassuring to us that the Joy Research we had been doing through interviews with CEOs and other leaders was not a limited curiosity but a true exploration into how we could make our lives better. We were re-energized when we received our copy and decided to speak much more about what we were learning.

Building off the momentum from 2020’s speaking engagements, we began in January a regular webinar series, two really. We did a Change Analytics focused webinar in the first half of each month in 2021 and a Change Leadership focused webinar in the second half of each month. Although we started this mostly as an experiment, these webinars were a big part of what made this year momentous. We gained hundreds of followers and learned much about what people wanted to know about change and decision-making and (happily) about Joy at Work. But all that was still ahead and we still had much left of…

Something we had hardly seen in a year began to come back in the winter - consulting work! We had done workshops and classes for most of 2020 but very little true consulting. It seems the world began to embrace the COVID-driven isolation as the way of the world, and companies got on with their projects which meant change work for us! We got calls from companies in the Northeast and the West Coast and soon we were juggling a client base that was primarily outside of Richmond. The Change Decision was now a national company because video conferencing had largely replaced travel. It really was possible to have a national impact with a computer and a high-speed internet connection!

As the webinars and speaking engagements continued, we reached out more and more across the world. In the month of March, we had more people from Australia attending our webinars or viewing the recordings than we did from Canada! We even attended a class on culture that was based in Australia but had attendees across North America from the West Coast to Bermuda. We had just begun being national when we found ourselves an international company in the…

The high point of external connection was when a company in Nairobi Kenya reached out about some training. After a quick check to make sure there were no cash-short princes involved, we held a series of conversations with them about what they needed. This highlights in stark relief the power of content over location to drive change. We didn’t need to be there. Only our thoughts and experiences needed to travel. It was a remarkable moment for us.

The webinars continued to grow in the number of attendees and our list of followers and fans grew with them. We spoke and did workshops at more Universities and continued to refine our ideas. The crowning piece for the year was our eBook The Guide to Joy at Work. This was our answer to a question often asked by leaders, “What does Joy at Work mean?”

We continued to talk to leaders about Joy at Work and continued to learn and refine the ideas in what we wrote. Importantly, we continued to discover ways to help leaders grow Joy at Work in their organizations. It was not easy! There are many short-term distractions on the road to long-term success with growing Joy at Work, but again and again, we saw the power of organizations who applied Joy at Work Thinking. In the face of the Great Resignation, culture was all many organizations had to keep their employees. We saw several near existential crises as organizations struggled on whether to go back to the office, and their employees refused, voting with their feet to go to other organizations that would embrace hybrid work. Even with the COVID vaccine rolling out, employees wanted to be able to stay at home, although many struggled with the emotional drain of continual video meetings and remote work.

Our response was to double down on the notion of Joy at Work. We were rewriting classes to focus on Joy at Work all through the…

Most notably, we restructured our flagship Change Management certification course, Change & Joy in the Workplace to highlight what we had learned in our Joy Research.

We extended these ideas into our Savvy Change Leader course (the one focused on leaders) which we not only did as a public class but repeatedly did as a workshop series for companies looking to improve their change leadership skills. Hundreds of people have been exposed to Leadership Skyward (our semi-fictional company) and the change that the CEO of the company is leading. With role-play and costume changes, it is very fun - even on video!

We converted our Change Analytics Concentration to be an immediately available course with all of the tools and descriptions needed to be successful available in the course learning management system. We bring graduates together every other month for a live simulation (also involving Leadership Skyward) to practice using the tools. This is a significant step up in the capability of leaders to really know how the change is progressing.

But a major highlight of the summer for Ed was his flight in a Stinson L-5 Sentinel, a World War II-era observation aircraft. This is an old-school military aircraft with exposed cables and rudimentary controls, but a fantastically large set of windows (it’s an observation plane) that make for a fantastic view! The pilot was an instructor, who allowed Ed to fly the plane for the majority of the flight.

The close of summer also saw the end of Roxanne’s time on the Board of Directors for the Association of Change Management Professionals (ACMP). After five years of guiding the organization culminating in a near-death experience brought on by COVID, Roxanne was able to step away knowing the organization was stronger than ever and ready to grow. Ed got to cap off the summer of course development by teaching a completely renewed version of his group decision-making course in the MBA program at the University of Richmond.

All of this course renewal and restructuring lead us into…

We took all that we had done over the summer and delivered all of it (and all at once!) as autumn began. We taught the Change & Joy in the Workplace course to a group of change professionals across the US. It was a wonderful interchange of ideas about what it takes to not only achieve the objectives of the change but also positively impact the culture. Our system of recorded videos, tools, and templates, combined with concepts and a live simulation really landed with the group.

We also kicked off a session of the Savvy Change Leader course. That meant three sessions a week between the two courses. We also created a version of the Change Analytics Concentration as a Masterclass through ACMP. Although all of that was intense, for Ed it was overshadowed by teaching a class in Machine Learning at the University of Richmond. Never was it more obvious that knowing how to do something is not the same as knowing how to teach it. Ed spent hours each week preparing and practicing to deliver the class for his business students. The class went well! But there was an important outcome for our Joy Research. Ed refined the algorithm to analyze the text of the interviews to be able to better understand how Joy at Work manifests in organizations.

And because we are clearly incapable of moderating our desire to do more, we had our wedding celebration a mere 1 year, 2 months, and 11 days after we got married! For an event that got planned, canceled, and replanned several times, it was awesome!! We had friends and family from the many chapters of our lives. We celebrated and danced and largely purged out the isolation that COVID had imposed for a year-and-a-half.

The classes are done. The grades for the students at the University of Richmond are recorded. The work for our clients has set them up well for next year. As we write this letter, Christmas music is playing in the background and the Christmas tree is illuminated and beautiful. After a whirlwind year, we can look back with a perspective that was impossible while we were in the midst of just doing. Ed has recovered well from what should be the last reconstructive surgery from his cancer. The treatment for that is now three years in the rearview mirror. Just two more years to go and this difficult health episode is behind us.

In 2021, The Change Decision will have had the best year since its founding. We did not recognize that fact until a glance at the books in the early Autumn showed what we just didn't have time to notice, all that work was, well, working.

Roxanne is taking another deep dive into what it means to manage change so that we can step to a new level of speaking and writing in 2022. The process of read, then think, then write, then implement, then teach has become her regular rhythm. That is how we will drive in 2022. We hope to get to share some of what we do and learn as we hear your reactions.

Like many of you, this month we remember loved ones we’ve lost and keep close to our hearts and cherish time with family and friends. In that spirit, we wish you and your loved ones boundless joy in the year ahead.